The Church of Scientology of Los Angeles and the L.A. chapter of Citizens Commission on Human Rights (CCHR) held an open house and conference to educate the community on the dangers of mind-altering psychotropic drugs.

Speakers included a medical doctor who specializes in helping patients withdraw from drugs, a malpractice attorney, and the president of CCHR L.A.

To set the stage with the gruesome facts, the CCHR Dead Wrong documentary was shown, which tells the horrific story of an active teenage boy who committed suicide after taking an antidepressant. The audience was visibly impacted by this data.

A medical doctor then provided factual information on psychotropic drugs: Their adverse effects on the mind and body and the difficulties and the horrendous ordeal one goes through when withdrawing from them.

The attorney covered the legal aspect of medical malpractice in the state of California and how to effectively litigate against the psychiatric profession. For example, psychiatrists are required to inform patients about how they can protect themselves from dangerous side effects of psychotropic drugs but very often they do not provide informed consent.

Members of the audience, shocked by the information presented, raised important concerns during the final Question and Answer section of the program.

CCHR educator’s kits were made available for attendees who wished to provide others with factual information on this important issue.

Those attending who now want to use this information in their professions included a case manager for a facility that helps battered women and children and a community center counselor who want to share this information with their peers. Several attendees who are currently on psychiatric drugs found the program life-saving, as they now want to get off the drugs. A woman whose grandson has been labeled as ADHD felt the program gave her vital information to help her prevent his being placed on psychiatric drugs.

One pharmacist, who disagrees with these drugs being used as a catchall, expressed concern that children are not being adequately protected, adding that she left with information she can use to educate others.

Citizens Commission on Human Rights (CCHR) is a nonprofit charitable mental health watchdog co-founded in 1969 by the Church of Scientology and professor of psychiatry emeritus, the late Dr. Thomas Szasz. It is dedicated to eradicating psychiatric abuses and ensuring patient protection. 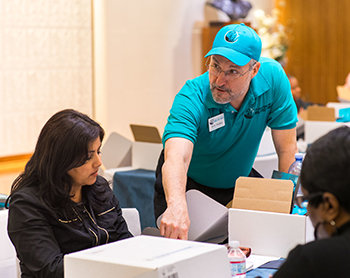 Education Is the Key to a Drug-Free Life
LOS ANGELES, CA 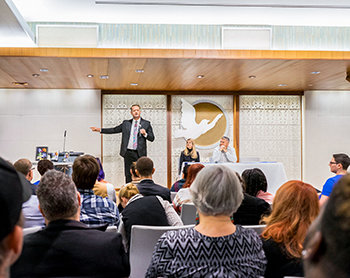 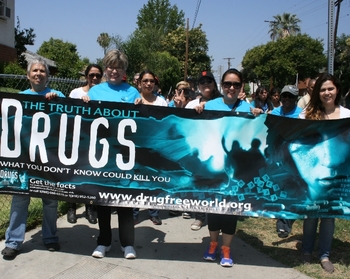